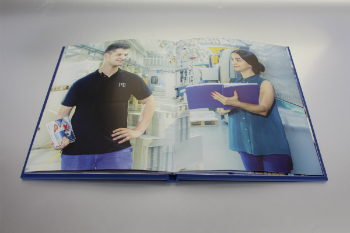 Already in its eighth year, the OE-A Competition is open for its members from all sectors of organic and printed electronics. Numerous international companies, research institutes and universities take part in this annual showcase to present their ideas, prototypes, and concepts. Prizes will be awarded for the best submission in each of the four categories – “Products & New Prototypes”, “Freestyle Exhibitor”, “Publicly Funded Project Exhibitor”, and “Printed Electronics Vision” – at LOPEC 2018 in Munich, Germany.

This time there are prototypes and products in the packaging, wearables, smart buildings and consumer electronics sectors. In total, 17 submissions from nine countries will be showcased at the OE-A booth (Messe München, hall B0, booth 508) during LOPEC 2018.

For example, there will be a book from OE-A members TU Chemnitz and ARKEMA Piezotech which plays stored sound files, such as music or an interview, while the user turns the thin, flexible pages. The loudspeakers integrated in the pages are fully printed and an excellent example of a hybrid system thanks to the classic control electronics. The printed loudspeakers can be used for different purposes, for example for photo albums or instruction manuals.

There will also be examples of interesting lighting concepts for both future forms of mobility and smart buildings. For instance, the bendable OLED light from OE-A member OLEDWorks, which stands out in particular due to its energy efficiency as well as its homogeneous light. New applications for OLEDs can also be found in the automotive industry. The segmented illuminated areas enable the OLED rear light from OE-A member OSRAM OLED to both display information and function as a communication device.

This year, attendees can once again cast their votes and choose which demonstrator deserves the “Public Choice Award”. The voters can also win something: a bag with integrated OPV from OE-A member Armor Group for charging electronic devices will be raffled off.

The winner of the OE-A Competition 2018 will be announced on the evening of Wednesday, 14 March, during the LOPEC Dinner & Award Show. “The competition has continued to develop over the years and also this time there are numerous end products for key industries such as automotive and consumer electronics competing. At the same time, we support the participation of young researchers and engineers with their first concepts and ideas,” says Dr Klaus Hecker, managing director of OE-A, a working group within VDMA. “As such, we illustrate how organic and printed electronics can be applied while in turn supporting new ideas and collaboration.”