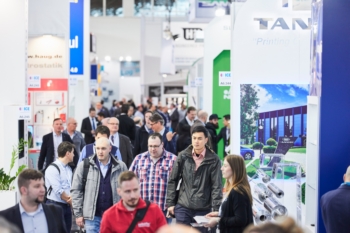 Once again, ICE Europe was a magnet for converting specialists from all over the world. A total of 6,850 visitors from 68 countries attended the show. With 429 exhibitors from 28 countries, covering a net exhibition space of 11,000 m2, this year’s ICE Europe remained unchanged with respect to size compared to the previous show. Exhibitor and visitor numbers have marginally decreased by 2% each compared to the record event in 2015. A first analysis of the exhibitor feedback shows that a vast majority of the participating companies were highly satisfied with the results of this year’s exhibition. They praised the high quality of trade visitors and reported large numbers of international business contacts.