12.03.2020 Almost on a daily basis we receive reports of cancellations of trade fairs, conferences and industry events due to the corona crisis. The following letter from Dirk Beiersdorff, managing director of the Beiersdorff GmbH, which is a service provider for trade fair stands, provides us with interesting background information. 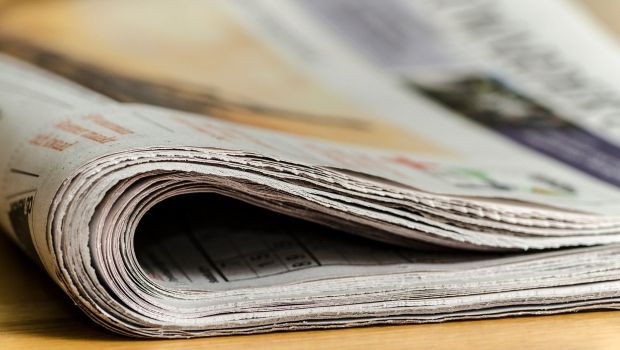 © Photo: @Andrys - pixabay.com
A letter to the editor by Dirk Beiersdorff on the current corona crisis.

The exhibition industry is infected. The number of cancelled events worldwide is increasing daily. In some cases, things are happening at a rapid pace due to diffuse regulations and instructions from the authorities and the collective panic mood. Organisers, exhibitors and visitors are unsettled and sometimes have to make decisions at very short notice. Some trade fairs have been cancelled in the last few days while construction was already underway. Others decided on a longer-term basis and postponed or cancelled their fairs early. Or they tried to pull through and ghost fairs like embedded world were held. No matter how the decision was made, there are only losers. Now it is clear - the exhibition spring of 2020 is not happening! It is also clear that the economic damage to the trade fair industry is already enormous. The FAMB puts it at 1.063 billion euros for the current year - and the trend is rising. So the cart is really in the mud. The question now is how to get it running again and what lessons can be learned from the situation.

Burying your head in the sand and hoping for state subsidies is the wrong way. Other crises, such as the financial crash in 2008, have shown that many companies in this situation were initially happy to cut back on their trade fair presence, but then realised that thanks to the upturn, business was running even without expensive trade fairs and would not return at all or only to a limited extent in future.

Right at the beginning of the crisis, after the cancellation of the Geneva Motor Show, the media began to chant the farewell of the fairs. In the digital age, you don't need costly events any more anyway. Even more frightening is the development in the Bay Area. As is well known, the course for the future is often set there. Although the USA was relatively little affected by the Corana impact at that time, a frighteningly realistic article describes the emergence of a two-tier society in Silicon Valley. Those who can afford it work from home, have their daily necessities delivered and settle down. The health-conscious digital worker even forgoes gym visits. The Peleton fitness bike with on-screen training programme is currently the big hit in Palo Alto. The losers are those who cannot stay at home; delivery men, drivers and salesmen. The " analogue water carriers".

So is the trade fair industry facing the same fate after Corona? Will video conferences, webinars and online shops replace trade fairs in the long term? Hopefully not! After all, trade fairs are still the only marketing instrument that can appeal to all five human senses. Digital communication is only two-dimensional. Long-term brand and customer loyalty still requires personal contact, touching the product and often smelling and tasting. Especially in times of Facebook, Tinder and online shopping, "real experience", touching and manual testing, trying things out is gaining enormously in importance again. Every "digital customer journey" should therefore end with a real handshake!

To achieve this, however, trade fairs will have to move even more into the digital realm in future and offer your customers, exhibitors and visitors the best of both worlds. Before, during and after the event. Trade fair organisers should not only be marketplace operators, but also become intermediaries, consultants and partners for the customer, thus generating added value for all sides.

Back to the virus. The current situation is uncharted territory for everyone involved. Never before have trade fairs been cancelled or postponed to this extent and due to an impending epidemic. Is it now force majeure although there were "only" conditions imposed by the health authorities and no direct event bans as in Switzerland? Do the organisers insist on the stand rental? Does the exhibitor have to pay the stand constructor if the latter has not yet set up the stand? Are there claims for compensation for lost business?

The spring of 2020 will probably keep the courts busy for a long time to come. But in principle it is certain that everyone will lose out. So litigation is not a solution and arguing does not promote customer loyalty. Instead, clear and honest communication with customers and partners is now the top priority. An attempt should be made to overcome the crisis together in the long term and thus limit the damage. If trade fair organisers and stand constructors now position themselves as partners of the customer, not just as service providers, sustainable and long-term business relationships can grow from this. The order of the day is to find solutions together in which everyone is prepared to approach the other. So make a virtue out of necessity. Because there is no real culprit!

And who pays the rent?

There's still the economic damage. And it is likely to have a very large impact. The state fair companies are still in a reasonably good position, as their municipal shareholders cannot simply drop them. But the balance sheet is still in the red. Private trade fair organisers and also stand builders, on the other hand, will often find it difficult to make up for the sometimes enormous sales losses and it is questionable whether all those affected will survive the crisis.

In view of the figures of the FAMAB association, the call for state support is quite justified. However, it is questionable whether a €500M mobility centre will really be needed to support the new IAA location. Rather, expertise and creativity are required here as well. In addition to trade fair participation grants for small and medium-sized companies in Germany as well, financial support in areas such as sustainability, knowledge transfer, promotion of young talent and cooperation mediation would be desirable. Why not reward a stand builder with subsidies if he designs his stands in a way that is environmentally sound and climate-neutral? Or offer conference participants and trade visitors premiums for training and further education at trade fairs. Politically, too, the crisis offers an opportunity to reposition the trade fair as a medium.

And perhaps one or two of you will take the opportunity to adjust your portfolio to market conditions. Budget cuts on the part of the exhibitors are to be expected, as already mentioned. Traditional trade fair participations will probably be questioned even more now. This is why the trade fair industry should also put itself to the test. Do you want to continue to sell primarily square metres as a "real estate agent" or would you rather develop new business models for efficient business initiation? Offer mass (area/visitors) or class (added value)? Or find a healthy mixture of both? None of these are new ideas, but now is the time to tackle them!

Both organisers and service providers should place more emphasis on conveying to their customers the real "return on investment" of participating in a trade fair and should dispense with hidden incidental costs such as fees for early set-up in the event of reduced set-up times Ultimately, everyone wants to do business at a trade fair, whether for the long or short term, whether by building up their image and brand or by closing deals. To achieve this, trade fairs must become measurable. Sounds banal, but it has often been neglected in practice. The growing pressure could change that. Measurability requires an analysis of the current situation, a goal and, consequently, an implementation strategy. This is primarily the exhibitor's homework, but both organisers and service providers must give them the tools and arguments for this and accompany them on this path as consultants and partners.

The virus is here. No one knows whether it will develop into the second Spanish flu for the individual or whether it will just be a stronger cold. Nevertheless, the future will be shaped by our current actions.

INDEX 2020
Postponement due to corona virus