01.04.2020 The corona crisis has taken a firm grip on the economy – with strong effects on almost all industries. The German government is therefore endeavouring to mitigate the economic consequences and has taken a comprehensive package of measures to help companies in an economic downturn. Michael Richards, managing director of Creditsafe Germany, gives an overview of the most important ways in which companies can steer safely through the corona crisis. 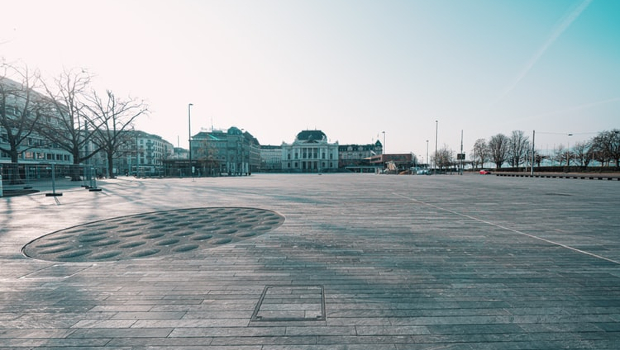 © Photo: @Claudio Black / unsplash
Empty city centres, a sluggish economy – Germany is in the middle of the corona crisis.

1. Emergency aid for small businesses, the self-employed and freelancers

In contrast to the financial crisis in 2008, for example, the German government is also specifically including small businesses, the self-employed and freelancers in the emergency aid. The financial injection does not have to be repaid. For companies with up to five employees, the federal government announces direct grants of €9000; companies with up to ten employees can hope for €15 000. The Corona crisis must be the decisive reason why the company has got into financial difficulties. If the company was already in financial difficulties before March 2020, there is no entitlement. Applications must be submitted via the federal states and local authorities. As they manage their funds independently, further special regulations apply in individual federal states: For example, Bavaria has introduced a further level of support for companies with eleven to 250 employees. These receive financial support of up to €30 000 in this state.

2. new rules for filing for insolvency

A company is considered insolvent as soon as it is no longer able to pay its debts or liabilities. By law, this insolvency must be declared immediately, but at the latest after three weeks. The Federal Ministry of Justice and Consumer Protection has now announced that this rule will be suspended until 30 September for all those companies for which the corona crisis is the trigger for the economic woes. In addition, the suspension of insolvency filing can be extended until 31 December 2020 if it appears necessary due to the continuing effects of the Covid 19 pandemic.

The Economic Stabilisation Fund is aimed at large companies in order to bridge liquidity bottlenecks by strengthening their capital base. In order to benefit from this subsidy package, companies must have reported a balance sheet total of more than €43M and sales of more than €50M in the last two fiscal years and must also have employed at least 249 people. Companies will be financially supported by guarantees, equity or quasi-equity instruments. The package also includes state participation in companies.

4. Facilitations in the criteria for KfW promotional programmes

The Kreditanstalt für Wiederaufbau (KfW) plays a central role in avoiding the risk of insolvency or over-indebtedness. To this end, access to existing programmes, especially those for credit protection, is facilitated and hurdles are removed. Liquidity bottlenecks are to be counteracted by means of loans. Central measures in this context are the increase in risk assumption from the current 50 percent to 80 percent, which is now also available to large companies with a turnover of up to €2bn. Previously the limit was €500M.

In order to bridge short-term periods without or only with lower revenues, it is an efficient measure to hold back already planned expenditures and thus leave financial resources in the company. The state therefore facilitates the so-called tax deferral, in which companies do not have to pay their taxes until a later date. This applies, for example, to turnover, income or corporation taxes. It is also planned that tax adjustments can be made more quickly and less bureaucratically. This will be of particular benefit to those companies that are experiencing declining sales as a result of the Corona crisis, which will allow lower tax prepayments. The German government has also announced that it will waive any attachments that would be triggered by the corona situation until 31 December 2020. There will also be no late payment surcharges in this case.

6. Regulations for short-time work compensation will be simplified

Short-time work is a popular model for improving the liquidity of companies, which has been tried and tested since the financial crisis in 2008. If an employer has to cut back production during a crisis or if there is less demand for personnel, for example due to the temporary closure of shops, it allows employees to work less. Part of the loss of earnings is paid by the state and the employee does not have to give notice to his skilled workers. The employee receives 60 per cent of his lost net wages, with children it is 67 per cent. The short-time working allowance makes it possible to restore the company's productivity very quickly after the crisis. The criteria for approving short-time work are now being significantly simplified: with retroactive effect from 1 March, it is sufficient that only ten percent of employees have to forgo part of their wages due to reduced working hours. In this case, social security contributions will be borne entirely by the state. In addition, the regulations will also apply to temporary workers in future. Should an employee also take on additional work in the health care, agricultural or food supply sectors during his or her short-time work, his or her remuneration will not be credited as usual. www.creditsafe.com
Top Companies