C2 Background
Germany: "The Packaging Act must be further developed"

18.10.2021 The German Packaging Act has set clear impulses for more recycling. However, experts at the annual conference of the German bvse (Federal Association for Secondary Raw Materials and Waste Disposal) in Marienfeld at the beginning of October, pointed out that there is still far too much packaging in use that cannot be recycled or can only be recycled with difficulty. 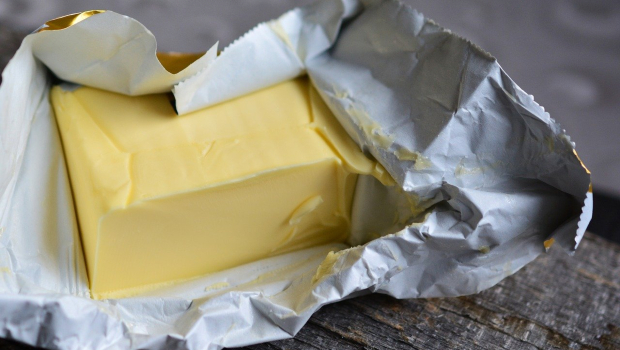 © Photo: @congerdesign - pixabay.com
In which bin does the butter packaging belong? Many consumers are overwhelmed.

This problem does not seem to be getting any smaller. In any case, Gunda Rachut, director of the Central Packaging Register Office, reported that there is pressure in the market to substitute plastic packaging and that new problems are arising as a result. She said that two trends were discernible: on the one hand, the changeover to packaging with fibre-based composites and, on the other hand, the changeover to fibre-based packaging for liquid and pasty filling goods. However, both types of packaging have a plastic content of less than 5%.

At best only partially recyclable

The problem is that this packaging is not only heavier than plastic packaging, but also "at best only partially recyclable". Trends, in other words, are not moving in the desired direction in terms of the recyclability of packaging. She noted that the assessment of recyclability was partly dependent on the assessor and did not include practice. Gunda Rachut: "In fact, efforts are necessary in the entire value chain to realise recycling possibilities and subsequent use potentials of recyclates for many more packaging types."

One instrument could be §21 of the Packaging Act, which aims to promote the recyclability of packaging and also the use of recyclates by means of an incentive system within the framework of the assessment of participation fees, as Dr Fritz Flanderka, managing director of Reclay GmbH, explained. Whether §21 can become an effective instrument, however, will depend on whether important "key questions" can be clarified, such as whether all distributors are to be included or so-called small distributors are to be exempted. How should the surcharges be used? How should they be levied? For example, as a participation fee via the dual systems or via a levy?

According to Flanderka, all those responsible must be aware of the high degree of complexity that needs to be taken into account in the regulations to be designed. In his view, however, legally defined surcharges on the participation fees of the dual systems would be both expedient and feasible.

Which waste belongs where?

The fact that the new German Packaging Act has brought about improvements, but has not yet cut the Gordian knot, especially from the point of view of the citizens, was evident from the statements of bvse president Henry Forster.

He pointed out that it was still very difficult for citizens to decide which household waste belonged in which bin. If the packaging is brown and looks like paper or cardboard, it ends up in the paper bin, even if it actually belongs in the yellow plastic packaging bin. On the other hand, plastic waste, for example, often ends up in the yellow bin, even if it was not originally packaging.

It is not uncommon for cardboard packaging from the mail order business to be covered with so much adhesive tape when it reaches the consumer that this originally recyclable packaging is no longer recyclable. The bvse president concluded that the system still has a lot of room for improvement.