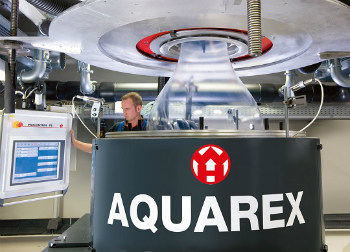 On 20 and 21 October as well as on 24 and 25 October, the machinery supplier Windmöller & Hölscher KG opened its extrusion technology centre at the company headquarters in Lengerich, Germany, for its open house event “W&H Expo 2016”. The expo’s motto was “Packaging 4.0 – intelligent, intuitive, integrated” and directly connected to the K tradeshow appearance of the company.

Filmex II, the new generation of cast film lines, celebrated its premiere. While a Filmex II in the configuration for the manufacture of stretch films was presented in Düsseldorf by means of Shift-Screen, a barrier film line was showcased in Lengerich. Filmex II is an intelligent machine, which guarantees consistent and reproducible film quality thanks to integrated processes. The integration of the newly developed Film Performance Monitor (FPM) combines a unique inline quality surveillance with data processing to the converting machines and therefore enables a feedback from the end application. Thanks to the network, the entire production process becomes transparent and enables targeted optimisations along the entire value chain with the aim of constant top film quality.

The modular Aquarex blown film line with water cooling is especially suited to the production of innovative film products. Due to the extremely quick cooling of the melted material, the degree of crystallisation remains low and the film receives a significantly amorphous structure. The flexibility of the Aquarex in terms of film width, however, was limited due to the usage of fixed calibrators. When the film width had to be changed, the calibrator had to be replaced as well. The water calibrator Aquacage – a new development from W&H – allows the automatic adjustment of the diameter of the bubble, similar to conventional blown film extrusion.