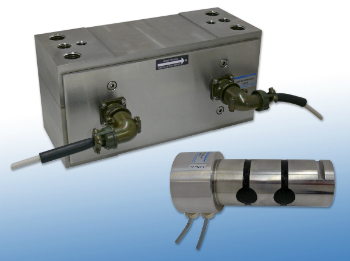 For the risk assessment according to the DIN EN ISO 13849-1 machinery directive, HAEHNE Elektronische Messgeräte GmbH (Erkrath, Germany) enables its customers the calculation of the probability of failure, which corresponds, in the normal case, to performance level d. Moreover, in most cases, HAEHNEcan also offer a redundant version of the sensors for web tension and force measurement.

In the redundant design two independent Wheatstone bridges are applied to a sensor at its measuring zones, which give signals independently. HAEHNEcan, in general, also implement the double safety configuration even in confined spaces. Depending on the customer's requirements, the signals can either be run from the sensor via a common 8-core cable or with two separate cable outputs. In addition to the classical force measurement bolts, web tension sensors in pillow block design can also be in a redundant design.