allvac Folien GmbH
The right film when it gets hot

21.06.2021 Whether it's cooking, simmering, pasteurising, sterilising or heating in the microwave: When it gets hot for food packaging, allflex UHT (Ultra High Temperature) can show off its strengths to the full. This is because the new high-temperature composite film from allvac Folien GmbH, based in Waltenhofen, Germany, tolerates temperatures of up to 121°C - for up to one hour. 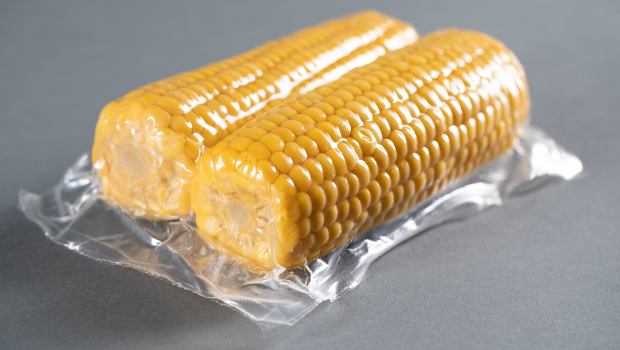 © Photo: allvac Folien GmbH
The high-temperature composite film from allvac can withstand temperatures of up to +121°C and is highly transparent at the same time.

It can thus be used, among other things, for the hygienic sterilisation of maize, beetroot and other foods. This high temperature tolerance is made possible by a polypropylene sealing layer. Thanks to the very high transparency and the increased pressure shock resistance, the packaged food always makes a good figure on the sales shelves.

"With the allflex UHT, we have succeeded in making a great addition to our allflex series," explains Thomas Herbst, sales manager at allvac Folien GmbH. "The use of polypropylene and special adhesives increases the temperature resistance of the film without causing delamination or open sealing seams in the sterilisation and cooking process. In addition, we have also optimised the film quality in terms of transparency and pressure shock resistance through the 11-layer structure and cast coextrusion process." The allflex UHT can be used on all standard thermoforming machines.

As a flexible co-extruded high-temperature composite film with PA/PP medium barrier, the allflex UHT achieves temperature ranges from -40 °C to +121 °C. Polyamide (PA) provides a good barrier and mechanical strength of the film. Polypropylene (PP) ensures a temperature resistance of up to +121°C - for up to one hour. The film is therefore perfect for sterilising vegetables, for example.

The allflex UHT is mainly used in the convenience sector: as a safe packaging solution for pre-prepared food and ready meals. These can be heated directly in the high-temperature composite film for consumption. "Hygienic packaging, such as with our allflex UHT, protects food from spoilage. And that is an important building block for sustainable food processing. Especially with regard to the keyword 'safe food'. Sometimes you simply can't do without plastic," Herbst explains. As a subsidiary of the allfo-Group, allvac has been a member of "Safe Food", the joint initiative of the Food and Agriculture Organisation of the United Nations (FAO), the United Nations Environment Programme (UNEP) and Messe Düsseldorf GmbH, since 2019.

Also suitable for the sous-vide process

In addition to convenience, the allflex UHT is also predestined for the so-called sous-vide method, vacuum cooking. Here, meat, fish, vegetables and fruit are vacuum-packed in pouches made from the allflex film. At low temperature, the food is gently cooked – in some cases for over six hours. The result: incomparable flavours and textures as well as more vitamins and nutrients. The shrink-wrapped food can neither dry out nor oxidise. The sous-vide method can also intensify the natural colour of the products.

Packaging specialist allvac manufactures its high-temperature composite film allflex UHT, as well as its other allflex film types, at the company's headquarters in Waltenhofen, Bavaria. The new cast coextrusion line can produce films in thicknesses from 50 to 350µm. "Our allflex series is an absolute all-rounder: because it not only has a wide processing spectrum, but it is also so flexible and robust that it forgives minor operator errors and incorrect machine settings during processing," Herbst emphasises.