18.11.2021 At the subsidiaries of Mahlo GmbH + Co KG (Saal a.d. Donau, Germany), two branch managers are celebrating anniversaries this year. Alan Lavore, CEO of Mahlo America Inc., has been with the machinery supplier for 25 years. Michel Bruni, CEO of Mahlo Italia, has been part of the Mahlo family for 40 years. 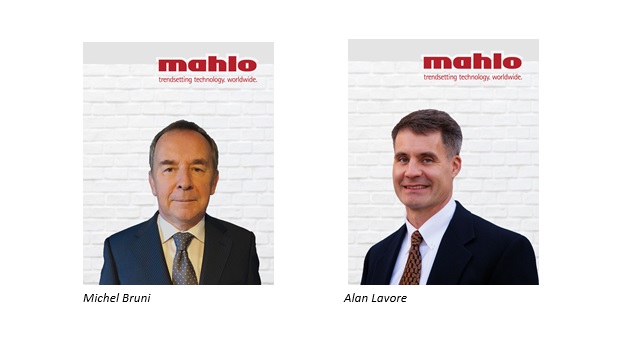 Bruni began his career at Mahlo in 1981 as a service technician in the French branch Mahlo Ouest. Just one year later, he moved to Mahlo Italia, where he was appointed branch manager in 1996. He still holds this position today. Bruni is also sales manager for the Benelux countries, the Maghreb countries and Madagascar. The Mahlo Italia CEO's recipe for success includes expertise paired with experience and passion. To remain loyal to a company for so many years also testifies to a special relationship. "Then as now, I work with a dynamic and committed team. We also have a very good relationship with the employees of the parent company in Germany," says Bruni.

The culture and integrity with which business is conducted in the family-owned company are among the reasons why Mahlo America Inc. CEO Alan Lavore has also been with Mahlo for 25 years. "I just love working with all the great people at Mahlo." Lavore joined Mahlo in 1996 as a territory sales manager and took over as CEO in 2005. During this time, he drove the company's expansion from a textile specialist to a supplier for various production sectors such as film, paper, coating and converting or nonwovens.

At Mahlo's headquarters in Saal an der Donau, Bavaria, they are very happy to have constant, experienced and appreciated leaders like Bruni and Lavore. Company CEO Rainer Mestermann: "Both branch managers are regarded as institutions by their customers and internally at Mahlo. Their excellent reputation in the Mahlo world and our business success in the sales territories they serve is the result of their competence, experience, and passion. We thank them for their many years of cooperation and wish them continued success."