Zecher looks back at successful year 2017 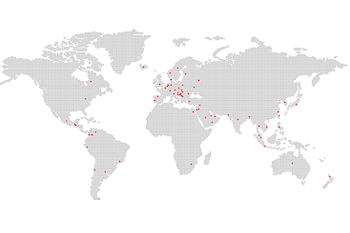 Zecher GmbH (Paderborn, Germany) looks back at a year full of changes as well as major advances. Already in the first half of the year, the anilox roller manufacturer reported on a significant growth in orders and was able to continue this trend over the last few months. Thanks to the continuous growth of the company, they are now able to record an increase in order volume of around 6% compared to the previous year. Sales manager Thomas Reinking reported: „With increasing internationalisation always in view, in 2017 we opened up in new markets worldwide, welcomed partners in over 12 countries to our sales team and processed our existing markets even more effectively. Our new additions include China and the USA, in particular, with our new partner Daetwyler, the world’s leading manufacturer of doctor blades.”

To meet the increasing order volume as well as the growing demands of their customers, Zecher expanded their production capacities in the area of laser engraving. This included the installation of a new laser with all currently available hardware and software options, as well as upgrading two existing laser engraving systems to the latest technological level.

In addition, the own specifically developed SteppedHex engraving contributed to their success in 2017 – after its market launch in 2016, it further established itself as a cost-effective and powerful alternative to conventional hexagonal engraving. Zecher expects a steadily growing interest from various printing industries for this innovative engraving technology. Successful projects with a large number of big companies such as Heidelberger, Tresu or Christiansen Print underline the proven performance of the Zecher SteppedHex anilox rollers.

For 2018, Zecher is striving for another increase in its order volume and aims to establish itself in new markets with the aid of its increased sales partner network, as well as win customers in additional countries with its anilox roller solutions.