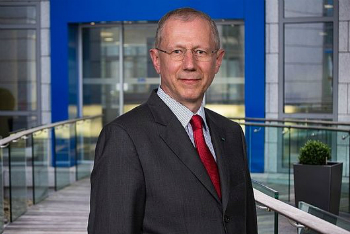 “The export of lithium-ion batteries assembled in Germany is on a steady growth course,” said Otmar Frey, managing director of the Batteries Association of the ZVEI - German Electrical and Electronic Manufacturers' Association, at a press conference on the subject of "Battery Location Germany".

Between 2011 and 2016, exports of lithium-ion batteries almost tripled, from €0.2bn to over €0.5bn. The reason for this is that lithium-ion batteries are becoming increasingly important worldwide in both electric mobility and stationary applications. The main drivers are the climate targets formulated by politicians. In the coming years, they will lead, among other things, to an electrification of mobility and the further expansion of renewable energies.

Lithium-ion cells are imported as a "raw material" from Asia and assembled into finished batteries in Germany by integrating management systems, power electronics and housings. The German battery industry has the know-how to produce ready-to-use batteries from lithium-ion cells that are suitable for hybrid or electric vehicles, portable tools or home storage systems for photovoltaic systems, for example.

The German battery market grew by more than one billion euros between 2011 and 2016, from €1.7bn to €2.8bn, representing an increase of almost 64%. The market for lead-acid batteries grew by more than 20 % to €1.1bn. However, almost three quarters of this growth is attributable to the high import figures for lithium-ion cells. Since 2011, imports of lithium-ion cells have quadrupled.