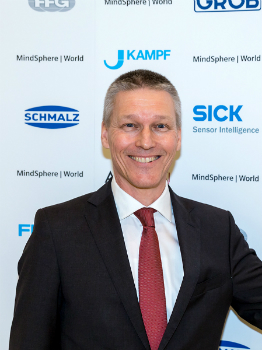 Working hand in hand with 18 partner companies, Siemens AG is founding “MindSphere World”, a worldwide user organisation for the cloud-based open IoT operating system MindSphere. Its aim is to expand the global reach of the ecosystem based on MindSphere. The organisation is also designed to afford support to its individual members in developing and improving IoT solutions on the MindSphere platform and in tapping new markets in the digital economy. This will include suggestions about the requirements placed on the IoT operating system MindSphere by the industry and recommendations on setting out uniform rules for data utilisation. Another role of the organization will be to promote science, research, and teaching in the MindSphere environment.

“The foundation of MindSphere World represents another major step forward in promoting the ecosystem surrounding MindSphere as an open IoT platform. The broad-based expertise and the offering of all the MindSphere World partners will open up totally new digitalization potential for users everywhere,” said member of the managing board of Siemens AG Klaus Helmrich.

Jan Mrosik, chair of the management board of MindSphere World and CEO of the Siemens Digital Factory Division, added: “By bringing together a worldwide community comprising industrial and IT companies of all sizes from all sectors of industry as well as startups, we aim to establish and drive forward an ecosystembased on MindSphere. With this end in mind, the Association members are joining to form MindSphere World – initially in Germany and then extending out into the international arena.”

The members of the organisation meet in committees to deal with issues such as the requirements placed on MindSphere by industry, data governance concepts and the Assocation’s PR work. “MindSphere’s open structure offers a wide range of benefits for us as users, in particular due to the manufacturer-independent link-up of machines and plants and also when it comes to the development of apps. Within the framework of MindSphere World, we can now also talk to other users about ways in which disruptive technologies are changing the face of the economy in general, and about the resulting business potential which could be utilized for IoT-based solutions,” said Bruno Geiger, member of the management board of MindSphere World and COO/CTO of Eisenmann.

The founder members of “MindSphere World” alongside Siemens AG include: