Windmöller & Hölscher belongs to the best employers of 2018 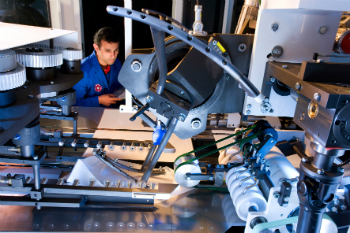 W&H belongs to the best German employers of 2018 according to FOCUS magazine (photo: W&H)

The mechanical engineering company Windmöller & Hölscher Group, headquartered in Lengerich, was once again named one of Germany's best employers in the sixth ranking of the weekly magazine FOCUS. W&H ranked 7th among the top ten in the industry ranking for mechanical and plant engineering. The family-owned company scored particularly well with its working atmosphere.

According to Focus, the market research institute Statista evaluated more than 127,000 employer assessments for the annual ranking of "Top Employers". This is based on an independent online survey, a survey among Xing members and current Kununu data. “We invest in our attractiveness as an employer, for example by investing in new buildings. Long-term perspectives and goals, training and qualification as well as comprehensive health management are also part of this," says Bernd Richter, head of human resources at W&H." FOCUS surveys employees from all departments and hierarchy levels anonymously via online media without us being involved as a company," Richter explains.

The survey included, among other things, working atmosphere, internal communication, payment, image and management style. A particularly important question is whether employees would recommend their employer to others.