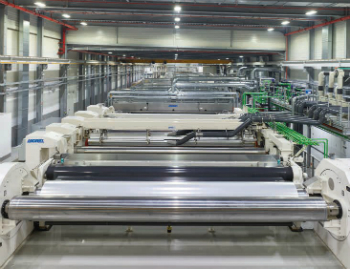 The BOPP film manufacturer Treofan GmbH (Raunheim, Germany) has announced the planned closure of its production site in Battipaglia, Italy. The main reason for the decision is the unfavourable general conditions, which also make a profitable operation of the production site seem hopeless in the long run.

With only one line and 67 employees, Battipaglia is a relatively small site designed for the production of standard films. This market segment in particular has come under extreme price and margin pressure in Europe in recent years.

Since August 2018, Treofan has been part of the Indian film producer Jindal. Together, the companies currently have two further sites in Italy and a total of six production sites in Europe.

"We want to create a long-term positive perspective for our employees. This requires highly efficient structures and processes in all areas," says CEO Manfred Kaufmann. "Unfortunately, our analyses and projections show that the Battipaglia site has no sustainable future in this context. Our concern now is to implement the necessary measures in a socially responsible manner."