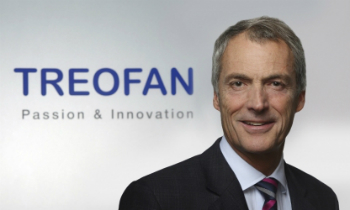 The Milan-based investor M&C, previously the majority shareholder in the leading global BOPP film manufacturer Treofan Holdings GmbH (Raunheim, Germany), is acquiring all other shareholders’ shares in the company. This was decided by M&C’s board of directors on 11 October. The relevant contracts are set to be signed soon.

M&C, together with the two second-largest shareholders Goldman Sachs and Merced Capital, had been considering options for the further strategic development of Treofan over the past few months. According to the investment firm, its decision to invest even further in the company was based on the very positive performance ofthe past two years, with a normalised gross operating profit of €29.5Min the first eight months of 2016, up 30% on the same period in 2015 (€22.7M). M&C is expecting a further increase in profitability in the future.

“We’re delighted about M&C’s increased commitment, which will open up additional strategic options for our company to continue growing profitably worldwide,” comments Dr. Walter Bickel, CEO of Treofan. “At the same time, I would like to thank our previous shareholders Goldman Sachs and Merced Capital, without whose support we wouldn’t be where we are today.”