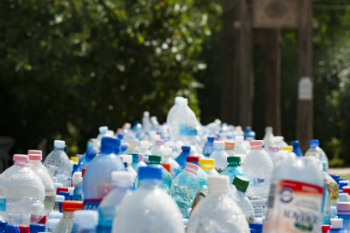 PlasticsEurope and GKV are vehemently opposed to the so-called "plastics fasting" (photo: pexels.com)

PlasticsEurope Deutschland e. V., the Association of Plastics Manufacturers in Germany, and the Gesamtverband Kunststoffverarbeitende Industrie (GKV; Association of the Plastics Processing Industry) have issued a joint press release concerning the appeal of the German BUND consumer association, which asks consumers to refrain as far as possible from using plastics. The two associations consider the so-called "plastics fasting" to be enormously misleading and false, since it is of no use to the environment or to nature – to the contrary.

Currently, about a quarter of the processed plastics are used in long-lived applications in the construction sector: as windows, piping, thermal insulation, flooring and much more. These products have an extremely long service life and help to save valuable resources during use, the associations emphasise. Thermal insulation, for example, saves the amount of energy required for its production in the first year of use. From the second year onwards, they save resources on a net basis. In addition, many of the plastic parts manufactured in Germany are used in the strongly export-oriented industries of the automotive, aviation and mechanical engineering industries. Instead, the BUND explains that 12M tonnes of plastic are consumed annually in Germany. This puts our country at the top of the European ranking of those who produced the most plastic waste. However, PlasticsEurope is convinced that this equation of plastics usage and "plastic waste" is wrong and misleading.

The BUND further explains that 6M tonnes of 12M tonnes of plastics are thrown away every year. This is said to represent an enormous waste of resources and a heavy environmental impact. It is true that 33% of post-consumer plastic waste is recycled in Germany. “Most of it is incinerated with residual waste," continues BUND. However, 66% of the plastic waste collected in Germany is used for energy recovery. This means that it is not wasted, but the energy contained in the used products is recovered – a considerable difference.

Consumers should, if possible, look for products without packaging, in returnable glass packaging or paper and cardboard packaging, if BUND is concerned. “However, this would be a serious, environmentally harmful mistake," PlasticsEurope and GKV added. Studies have shown that if plastic packaging were replaced by packaging made of other materials, energy consumption in Europe would be 2.2 times higher and 2.7 times as much greenhouse gases would be emitted. And too many foodstuffs would still be spoiling, partly because they are inadequately protected. It is estimated that up to 30% of foodstuffs are lost in industrialised countries. With plastic packaging, the shelf life of foodstuffs can be guaranteed much better than with most material alternatives. For plastic packaging, the environment and natural resources would be used less, compared to the use of resources required for food production. In the production and packaging of typical foodstuffs such as bread or meat, only 2-3% of the energy used during the life cycle and less than 2% of CO2 emissions were accounted for by conventional plastic packaging. A dogmatic abandonment of plastic packaging would not support environmental protection or sustainability goals.

During the use phase, plastic products offer enormous advantages. They help to save energy and emit less harmful greenhouse gases. After their use, they can be used as raw material and energetically. Consumers should therefore not be unsettled.