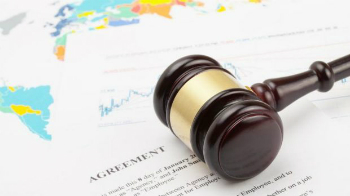 The German Working Group Packaging and Environment (AGVU) has explicitly welcomed the decision of the German Federal Council (Bundesrat) to approve the packaging law. The legislation has already been passed in the Bundestag at the end of March and will come into effect in January 2019. The packaging law is claimed to be a milestone towards more transparency and stability in household recycling and climate protection. The president of AGVU, Dr Carl Dominik Klepper, underlines: “The packaging law entails significantly higher recycling requirements and strengthens the circular economy. With the passing of this law, the economy now has investment security. Sorting and recycling technologies will make an innovative leap.”

With the decision, a year-long marathon of a draft bill ends, which was originally intended to bring the uniform recycling bin. The inclusion of household goods made of plastic and metal into the manufacturer responsibility, however, was eliminated due to the conflicts between municipalities and private economy over questions such as the organisational autonomy. Concerning beverage packaging, a reusable quota was adopted in the law again. It remains to be seen how the regulations will be received in this regard.

In the legislative process, the AGVU has strictly worked towards maintaining manufacturer responsibility and the competitive principle in the circular economy and therefore welcomes the extension of this system. With the affirmation of manufacturer responsibility, the packaging law also establishes a relation to the European circular economy package, which is currently within the political process: Even on a European level, the introducer of packaging will be required to make sure that the recyclable materials will be introduced into a high-quality recycling process after usage in the near future.