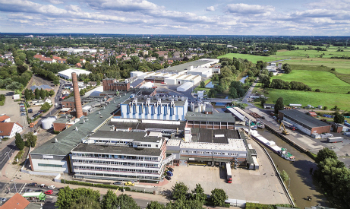 The German paper company Feldmuehle Uetersen GmbH will be transferred to a subsidiary of the Berlin-based Beteiligungsgesellschaft Kairos Industries AG with effect from 15 June 2018 and will be continued in full. Feldmuehle GmbH was founded specifically for the transfer.

As a result of the refurbishment 400 and thus more than 95% of 420 jobs were preserved. The insolvency administrator and restructuring expert Dr Tjark Thies from the Hamburg law firm Reimer Rechtsanwälte had concluded an acquisition agreement with Kairos in May 2018. This agreement was under several challenging conditions which were met this week.

"The successful completion of this refurbishment is largely thanks to the dedication, flexibility and responsiveness of the Feldmuehle employees," says Thies. At the end of May 2018, the Feldmuehle Works Council approved a ten percent salary waiver for employees until 31 December 2019, thereby creating an essential prerequisite for the financing of the acquisition. "Such constructive and responsible behavior is not a matter of course even in insolvency proceedings," says Thies. In addition to the restructuring contribution of the employees, the trustworthy cooperation with Ruppert Fux Landmann GmbH, Ernst & Young GmbH and the GÖRG Partnerschaft von Rechtsanwälte mbB also contributed significantly to the successful takeover by Kairos.

Kairos Industries AG is a specialist in takeover and operational support of German medium-sized companies in special situations, as well as group edge activities and business units with potential for increased earnings. It was supported in the current transaction by lawyers from Morrison & Foerster LLP and Crowe Kleeberg auditing firm from Munich. The acquisition of Feldmuehle Uetersen GmbH is aimed at a long-term entrepreneurial commitment; and the strategic successful realignment of the company, which began at the end of 2017, will be continued.

Founded in 1904, the traditional company Feldmuehle produces around 250 000t of paper annually and filed for insolvency on 24 January 2018, at the district court of Pinneberg. Feldmuehle products are mainly used worldwide for the production of classic print products and in the packaging industry.