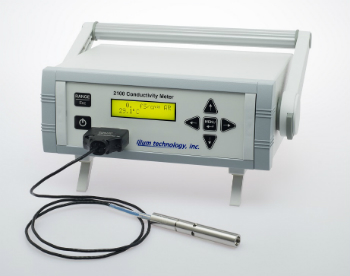 ILIUM Technologies Inc., a leader in wide-range / ultra-low liquid conductivity measurement based in Medford, Massachusetts, announced that it has entered into a distributor agreement with Titan Technologies, K.K. of Japan to address demand in East Asia for its Model 2100 Conductivity Meter.

The Model 2100 and its associated line of high-accuracy smart probes can measure liquid conductivities ranging from 10-3 S/cm, typical of low concentration aqueous solutions, down to 10-15 S/cm, typical of low concentration solutions in non-polar solvents. The Model 2100’s ability to follow conductivity changes over such a wide and low range with a single meter, and up to nine decades with a single factory-calibrated probe, has revolutionized the field by eliminating the need to correlate multiple meters and swap and calibrate multiple probes.

“The addition of Titan Technologies to our distribution network adds critical capabilities needed to sell in the East Asian markets, such as Japan, China and South Korea,” said Richard Melanson, ILIUM’s director of business development. “Titan Technologies has a team of technology and sales professionals with a strong knowledge of the Japanese and Asian markets.”