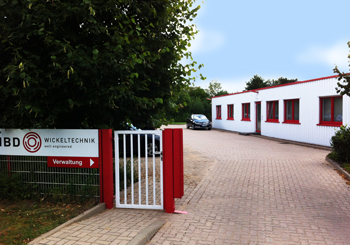 IBD Wickeltechnik GmbH, a leading producer of air shafts and clamping chucks based in Bad Oeynhausen, Germany, is celebrating its 20th anniversary in October 2012.

“The development of our company in the past 20 years is really impressive. Quality ‘made in Germany’, professional advice, tailor made solutions, an extensive spare parts and repair service and date loyalty were, are and always will be our formula for success,” says Bernd Dormeier, who founded IBD in October 1992 as an engineering office.

To mark this anniversary IBD is offering a 20% discount on its air shaft adapters till the end of October. Additional information can be found under www.ibd-wt.de