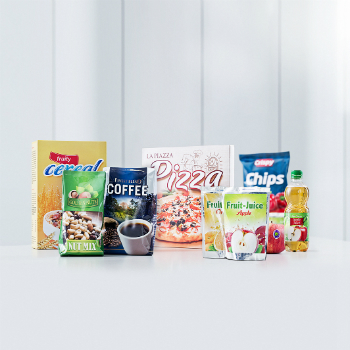 Food safety is a key topic at the Henkel booth at interpack 2017 (Photo: Henkel)

Protecting brands and consumers is at the heart of Düsseldorf-based Henkel AG & Co. KGaA’s packaging adhesives business. With its Food Safe Packaging Initiative, Henkel takes a closer look at adhesive-related aspects of food packaging. Striving to constantly improve safety and sustainability of packaging, Henkel invites collaborators along the food packaging value chain to an open dialogue at this year’s Interpack fair in Düsseldorf from 4-10 May. At Interpack, Henkel presents product innovations that, in addition to being foodsafe, increase production efficiency and operational safety for its customers.

“Packaging is the unsung, versatile hero of the food supply chain: It has to be attractive and convenient. Most of all, however, it has to keep the food safe and protect it from adverse environmental factors like light, pressure or contamination. Of course, packaging also has to be food safe itself”, Dr Monika Tönnießen, manager product safety and regulatory affairs at Henkel says. She explains: “Food safety in this sense means minimising the risk of undesired substances migrating from packaging into the foodstuff. Migration of so-called chemicals under discussion is a complex field. And the regulatory legislation is of equal complexity. This is leading to a need for guidance and transparency in the market.”

Specifically designed for film-film and film-foil laminates, which have to show an increased resistance to aggressive fillings or hot water during boiling procedures, ultra-low monomer adhesives contain only a minimum amount of free isocyanate monomers. Thus they reduce the amount of primary aromatic amines (PAA) that could be formed from the outset. Loctite Liofol LA 3712 / LA 6222 is one of these adhesives. It is a 2-K solvent-based laminating adhesive for medium to medium-high performance that is factually PAA-free right after lamination. It can be used for a large variety of laminates and thus sets a new industry benchmark in food safety.