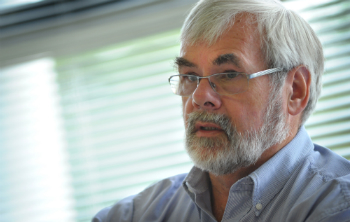 Jim Brotton passed away on 4 February 2017

Jim Brotton, co-founder and director of the leading industrial printing software and system components provider Global Inkjet Systems (GIS), which is based in Cambridge, UK, has passed away aged 69. He died on Saturday, 4 February 2017.

Jim Brotton co-founded Global Inkjet Systems (GIS) as technical director with Nick Geddes, managing director, in November 2006.  His expertise in electronics, alongside his Cambridge-based network of contacts and dedication to his work and colleagues, were instrumental in helping GIS achieve its 10 years of innovation and continued success in the industrial inkjet market today.

Brotton was a strategic and innovative technologist and manager with a business focus. He held a Joint Hons. in Physics & Electronic Engineering from the University of Manchester and was a chartered engineer and member of the Institute of Engineering and Technology. He managed technology-based projects, portfolios, programmes and companies for over 40 years, from 1979 spending much of the time running high technology companies around Cambridge.

Nick Geddes said: “My overriding memory of Jim is his always positive outlook on life, which was reflected in his approach to work. Many of us saw him as a friend and mentor, with an exceptional ability to get things done. His skill, optimism and belief in GIS helped us through many challenges and with him we have celebrated many successes. As co-founder, his invaluable contribution during the early years of the company helped set its course and spirit. We will miss Jim greatly and will continue to take the company forward as he would have wanted us to do.”