DIENES Group invests in new facilities in Germany and Poland 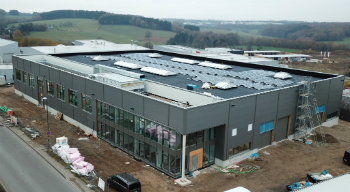 The DIENES Group from Overath, Germany, a leading manufacturer of long and round knives, knife holders and cutting systems for industrial applications, has invested around €5M in a new production building. Construction of the new building at the Hückeswagen site started at the end of 2017 with the official ground-breaking ceremony and has now been ready for occupancy since the beginning of 2019.

The medium-sized family business is also continuing to invest in Poland: the subsidiary DIENES Polska, which was founded in 1997 and offers its own regrinding service in addition to the sale of the company's own products, will be equipped with a further 400m2 hall. The capacity is to be expanded with new machines, and the storage area will be extended as well. Completion of the new building is scheduled for the end of February 2019.