03.02.2021 (Reuters) According to an IfW study, sealing off global supply chains would harm Germany and other trading partners. A report by the Kiel-based economic research institute commissioned by the Impuls Foundation of the German mechanical engineering association VDMA concludes that Germany's prosperity is crucially supported by the international division of labour. 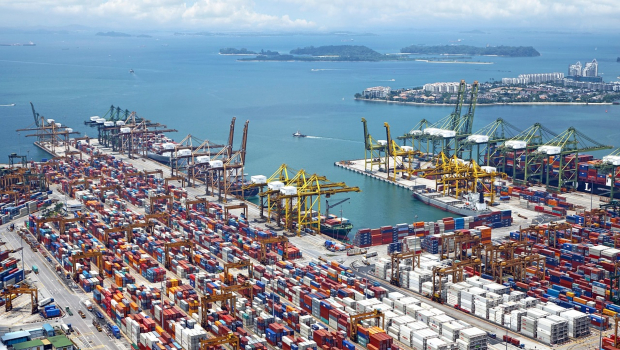 © Photo: @cegoh - pixabay.com
The Supply Chain Act is still the subject of controversial debate in Germany.

"The Corona crisis showed the vulnerability of international supply chains," explains IfW president and government advisor Gabriel Felbermayr. "Bringing production back to the home countries is extremely expensive and therefore the wrong way to go." It would be better to increase the resilience of the economy, for example, "through greater diversification in terms of suppliers, increased warehousing or even the expanded use of recycling." A very restrictive due diligence law would be rather counterproductive.

The supply chain law envisaged in the coalition agreement and planned by the federal government is intended to make German companies responsible for violations of human rights and environmental regulations in their global supply chains. The main points of contention are additional civil liability of the companies, the size of the company and whether all stages of the supply chains will be included.

The IfW economists have played out a scenario in which the EU seals itself off more strongly through the use of so-called non-tariff trade barriers – i.e. regulations or production standards that make market access more difficult for foreign suppliers – "in order to thus achieve a backshift of foreign value-added steps. According to the calculations, such a foreclosure would lead to a decline in real income in Germany of 3.3 percent annually." Measured against the German gross domestic product of 2019, income would thus be €114bn lower. If there were a trade war and foreign countries reacted with retaliatory measures, income would fall by as much as 6.9 percent. There would also be losses in the rest of the EU and worldwide.

Business model based on open borders

"The German economy loses if we try to turn back globalisation," VDMA VP Henrik Schunk explained. "Germany's business model in general and the machinery industry in particular is based on open borders, exchange and networking." The industry obtains almost 43 percent of its preliminary products either directly or indirectly from abroad. Therefore, mechanical engineering would suffer about three times more than the German economy on average from a foreclosure.
Top Companies