25.08.2020 The corona pandemic has left serious marks on exports. In the second quarter, machinery exports from Germany fell by 22.9 percent year-on-year, while exports in the first half of the year were down 14.1 percent. 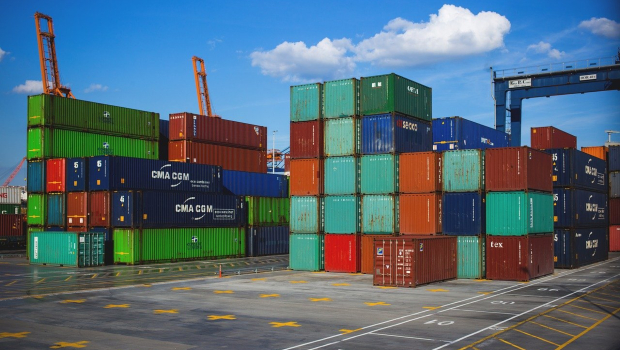 © Photo: @Pexels – pixabay.com
The corona pandemic has massive repercussions on the German exports.

Machinery exports from Germany were hit hard by the corona pandemic in the second quarter. Between April and June 2020, exports fell to €35.2bn. In the first quarter, exports were still 5 percent below the previous year's figure, and for the first six months there was a cumulative drop in exports of 14.1 percent. April and May proved to be particularly weak months – due to the far-reaching measures to combat the corona pandemic. In both months, exports fell short of the previous year's figure by around 28 percent. In June, they fell less drastically as a result of the withdrawal of travel and transport restrictions, although they still fell by 12 percent year-on-year.

A sigh of relief

"Companies have recently been able to breathe a sigh of relief in the export business. But it will still be a bumpy road back to normality. In order for export business to return to normal, many of the mechanical engineering customer countries must first get the consequences of the pandemic under control and develop more confidence for new investments," says VDMA chief economist Dr Ralph Wiechers. After all, a comparison of the export figures from the Corona crisis with the figures from the financial and economic crisis of 2008/2009 shows that the decline is less drastic, at least not in the first half of the year. "In the first six months of 2009, machinery exports from Germany recorded a decline of almost 23 percent," explains Wiechers.

Russia with export plus in first half of the year

In the second quarter of this year, machine exports from Germany to the EU-27 were 27.7 percent below the level of the previous year. As expected, export business with countries badly hit by the corona virus such as France (minus 28.2 percent), Italy (minus 31 percent), Spain (minus 32.1 percent) and the United Kingdom (minus 36.4 percent) was particularly poor in this period. Cumulatively, exports to the EU-27 partner countries fell by 17.3 per cent in the first six months of this year. In the same period, 11.3 percent less machinery was delivered to the rest of Europe. Russia stands out in particular, as it was the only top customer country to record a 4.5 percent increase in exports in the first half of the year. "The increase is largely due to major orders for the Russian process industry, which were realised in June," explains Wiechers. "This latest growth trend in machinery exports from Germany to Russia is unlikely to continue," said Wiechers, adding that Russia has nevertheless now moved back up to ninth place among the most important customer countries for machinery exporters from Germany, replacing Switzerland in tenth place.

China could once again become the most important single market

Export developments in the two most important single markets, the USA and China, differ considerably. In the second quarter, machinery exporters from Germany delivered 23 percent less to the United States than a year ago. In contrast, business in China fell by only 7.9 percent between April and June. China is thus on the way to catching up with the USA in the ranking of the most important single markets. "In the People's Republic we are observing an extremely robust economic recovery, especially in the industry. This in turn benefits some mechanical engineering sectors, which are recording significant growth in exports to the People's Republic. These include machine and component manufacturers for the construction and infrastructure industries as well as the electronics sector," analyses VDMA chief economist Wiechers. www.vdma.org
Top Companies