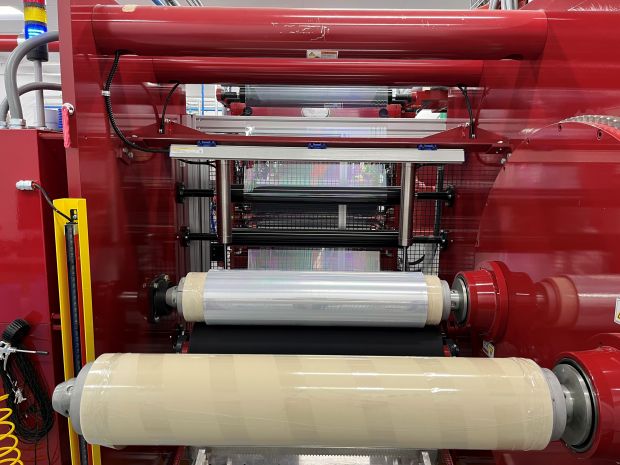 © Photo: Davis-Standard
A film on a turret winder at Peak Nano.

“We have grown with Davis-Standard throughout this endeavour,” said Mike Hus, Peak Nano Film’s senior vice president of engineering. “Davis-Standard’s technical expertise enabled us to collaborate on new processes and define machinery features prior to purchase. We value Davis-Standard’s experience and systems-oriented approach in helping make this film a reality.”

According to Chris Oseredczuk, senior production engineer at Peak Nano Films, the Davis-Standard line is performing well. “We are highly satisfied with the line’s performance and Davis-Standard’s ongoing support. Their sales, technical, parts, and field service teams have provided a timely response during all phases, including initial engagement and acceptance.”

Davis-Standard’s web handling expertise and scrap reduction strategies have been pivotal in helping Peak Nano Films deliver this film and other innovative products. In addition, a custom feedscrew design built specifically to adapt to the process requirements for this dielectric film has also been advantageous.