22.04.2020 Dr Rüdiger Baunemann died suddenly and unexpectedly on Friday, 17 April 2020, in his home town of Leun. He was 58 years old. With Baunemann's death, the plastics industry loses a leading figure with great creative power, an innovator and pioneer who was committed to ensuring that the plastics industry was given the appropriate importance at both national and European level. 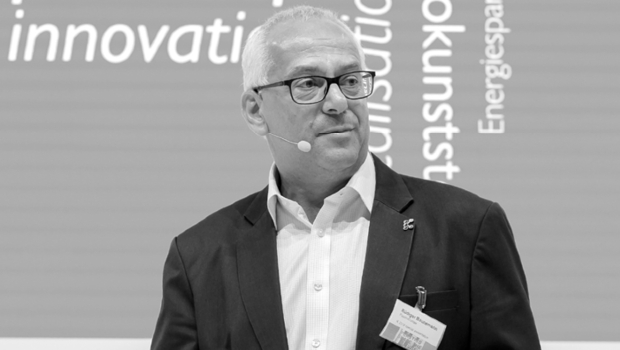 © Photo: PlasticsEurope
Dr. Rüdiger Baunemann died at the age of 58.

"Under the leadership of Dr Baunemann, PlasticsEurope Germany has become a strong lobby for the plastics industry, which enjoys great respect in politics and the public," said Dr Michael Zobel, chairman of the board of the plastics producers association, in recognition of the deceased's services to the industry. "He did not shy away from controversy and, with his sharp intellect and committed contributions, ensured a lively and fair culture of debate. With full conviction, he championed the concerns of plastics producers among politicians, industry representatives, journalists, non-governmental organizations and other stakeholders. His death fills a large gap. Our sympathy now goes to his family," Dr Zobel emphasised.

After studying chemistry at the University of Gießen and completing a doctorate in the field of heavy metal toxicology, Dr Rüdiger Baunemann joined the Association of the Plastics Manufacturing Industry in 1989 (now PlasticsEurope Germany). From 1989 to 1995 he worked in the Plastics and Environment Division, before becoming head of the Technology Division until 2002 and managing director of the association, as well as head of the Plastics and Consumer Division from 2002 to 2010. From 2011, he took over the position of CEO of the association and was regional director Central Europe and part of the leadership team of PlasticsEurope in Brussels.

He played a decisive role in integrating the Association of Plastics Producers into a pan-European structure, without diminishing the independence and power of the German organisation. He enjoyed great respect at home and abroad. In his function as regional director Central Europe within PlasticsEurope, he maintained intensive contacts in various European countries and regions and promoted dialogue across national borders. Of particular importance to him was the trusting cooperation within the industry, which is why he established close and friendly ties with the other associations of the plastics value chain in Germany and the Central Region. He was also highly valued as a partner and expert at the German Chemical Industry Association.

In addition to his position as managing director of PlasticsEurope Germany, Dr Baunemann was involved in many ways in the interests of the industry, including on committees of the Federation of German Industries (BDI), as a member of the administrative board of SKZ - Süddeutsches Kunststoff-Zentrum, as chairman of the Plastics Standards Committee at the German Institute for Standardisation and many other organisations.

Education as a concern

It was also a personal concern of Dr Baunemann to pass on his knowledge and know-how. He was frequently involved in education fairs and further education events, gave lectures to students and attached great importance to the promotion of young talent in the industry. Here, too, his passion, expertise and energy will be lacking.

With immediate effect, PlasticsEurope Germany will hand over the provisional management of the association to Dr Ingo Sartorius, president of the Man and Environment Division.