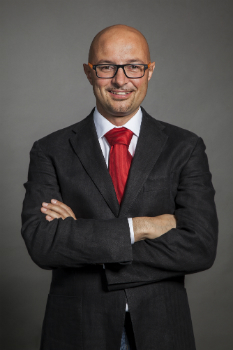 Vaglietti, born 1976 in Bergamo, Italy, has been with IMS Deltamatic for a long time. After completing a degree in mechanical engineering at the University of Bergamo in 2001, he started his career as design manager in IMS Deltamatic’s Slitter and Rewinder department. In 2005, Vaglietti changed to the American subsidiary of the group, Kasper Machine Company, where he began working as technical manager. He was then able to consolidate these experiences in his role as a programme manager, following the group’s acquisitions. In 2009, he was promoted operations director and subsequently became business strategy director in 2014. As head of the global sales and marketing teams, he was successfully working for IMS Deltamatic Group. In January 2015, he was appointed CEO of IMS Deltamatic. Vaglietti will take on his role as CEO of GOEBEL Schneid- und Wickelsysteme GmbH in January 2017 and continue to hold the post of CEO of IMS Deltamatic S.p.A.

“I am looking forward to this new chapter in my career and to deepen our German-Italian relationship. Together with my valued colleagues Dr Bauer and Mr Knechtel, we will aspire to strengthen our brand GOEBEL IMS, achieve further growth and drive the future expansion of our company,” states Vaglietti. “I am convinced that 2017 will be a successful year for GOEBEL IMS and the Group.”