01.03.2021 What began in 1971 with a five-person machine shop in the small city Chippewa Falls, Wisconsin (14 000 inhabitants) is now Nordson Corporation’s global EDI brand, recognised worldwide for advanced engineering and precision workmanship in the production of flat dies for film, sheet, and coating. 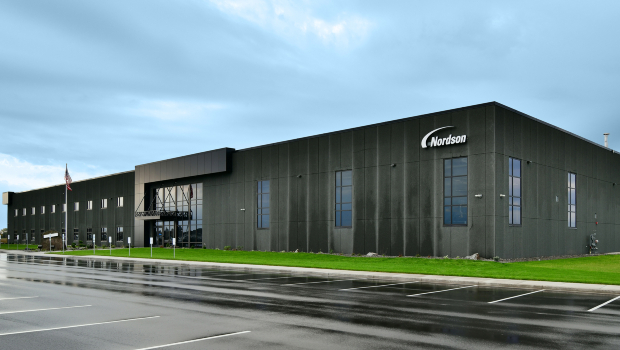 The EDI team celebrated the 50th anniversary of the EDI business on 15 February, the day of its founding as what was then called Extrusion Dies Incorporated. Nordson acquired the company in 2012 and last year consolidated three EDI operations in Chippewa Falls into an extensive new facility, one that is still in the same town and is still the world headquarters for the EDI brand. Today manufacturing facilities in the US, Germany, Japan, and China support the brand, as do sales and technical service staff located in these and other countries. The global EDI team consists of 350 employees.

“Critical to the success of the EDI brand has been the expertise and dedication of the engineers, machinists, technicians, and customer service staff that we employ around the world,” said Scott Smith, Nordson’s business unit director for EDI. “This team has built our reputation for reliability and quality, and it has generated many innovations, from the automatic system for thickness control introduced in the 1970s to diverse advances in sheet, film, and coating dies introduced just since the Nordson acquisition.”

Building on a tradition of skilled workmanship

The founders of Extrusion Dies Incorporated were Jack Barney (president), John Altman (manager of manufacturing), and Darold Schuster (manager of accounting). All three came from the Chippewa Falls firm Johnson Manufacturing, a diversified manufacturer of plastics processing equipment, including dies. The three founders saw a need to focus on dies alone.

Starting in 1971 with two employees, the founders began by reworking existing dies, but within a year they produced their first new dies. Next, by partnering with key extrusion OEMs, which had traditionally built their own dies, Extrusion Dies Incorporated developed a reputation for excellence that was crucial for the company’s growth. Today, along with extrusion processors and web converters, equipment OEMs continue to be important customers.

A large number of EDI team members, both in Chippewa Falls and at overseas locations, have been with the brand for many years. In the Chippewa Falls area, Johnson Manufacturing was one of the firms that gave rise to a large pool of metalworkers and other skilled manufacturing people, one that still exists. Local colleges have helped to expand this technical workforce. The former Extrusion Dies Incorporated drew on these resources to facilitate its growth, and Nordson has continued this tradition.

Last year Nordson completed construction of the new world headquarters, a 13500m2 facility not far from the three sites previously used for the EDI business. The facility houses operations for manufacturing, engineering, aftermarket service, sales, technical support, R&D, and laboratory trials. It includes new, advanced manufacturing equipment that streamlines workflow and produces dies with tighter tolerances, and a communications platform that permits close collaboration with EDI teams around the world.

“The new global hub for the EDI brand is a testimony to our confidence in a future of continued growth and innovation,” said Scott Smith. “The first fifty years was just a beginning.”